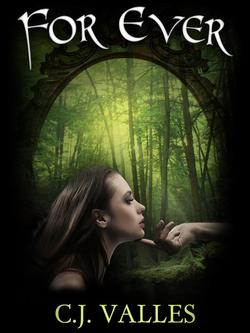 Book 1 of The Ever Series
For Ever starts now.

A faded memory, something I saw behind Ever Casey’s eyes, begins to claw its way to the surface, and fuzzy impressions from my sec﻿ond day at Springview High School make the skin on my arms crawl. My limbs grow cold with fear. Whatever I saw in his mind was indistinct, but unmistakably﻿ sinister.

It hadn’t been nothing behind Ever Casey’s eyes. It had been something evil. Something he didn’t want me to see.

Sixteen-year-old Wren Sullivan doesn’t want to know what other people are thinking about her—because most of the time it sucks. Too bad since that’s what happens every time she looks into someone’s eyes.

When she moves to Portland, Oregon, after her parents’ divorce, she finally encounters someone whose thoughts are off limits. Looking into Ever Casey’s eyes, she finds … nothing. Or is there something he doesn’t want her to see there that will put her and anyone near her in danger?
$0.99 on Amazon

Book 2 of The Ever Series
When For Ever ends, Never begins.

People make choices without knowing where they will lead. Some barely make a ripple; others will change lives forever. I made a choice. And now, even if I took it back—even if I wished my hardest that Ever had never entered my life—it wouldn’t change my reality.

I have to accept the indisputable fact that something is coming for me, and the longer I stay here, the more I’m putting those closest to me in danger.

Wren Sullivan didn’t know if she would live another moment when she stepped through the mirror to save her family and friends from her choice to love Ever Casey. But when she wakes up in an unfamiliar place under the watchful eye of an elderly caretaker, she doesn’t remember … anything. Now, she’s left to demand answers of a complete stranger—a copper-haired young man with piercing blue eyes, who tells her he has an offer to make.

The question is: does she truly have a choice?


This title contains scenes containing sensuality that may not be appropriate for younger and/or sensitive readers.
Purchase Never on Amazon 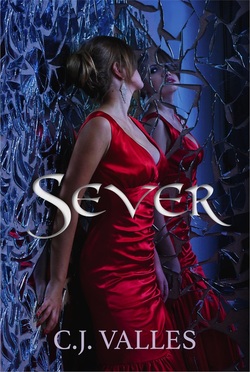 Book 3 of The Ever Series
When Sever ends, will it be For Ever?

I close my eyes, remembering his last words.

Wren Sullivan, I shall never forget you.

Alex saved me and cursed me. And now, even a year later, he haunts me. Maybe for the rest of my life. Feelings I’ve kept buried for the past year suddenly overwhelm me. Guilt … confusion … and the fear that I will never have control of anything—including myself—again in this lifetime.

When Wren Sullivan’s enemy sacrificed himself to save her, it should have been happily ever after with her true love, Ever Casey. The problem is: she can’t forget Alex Rousseau. Now, as a new enemy presents himself—and Wren begins to discover long-held secrets from a world across the dimensional divide—she must make choice after impossible choice as her mortal world is torn apart by a battle between immortal beings who have existed eons longer than she has been alive.

On top of that, her eighteenth birthday is coming up. And prom. And graduation. The question is: will she make it that far?

This title contains a love triangle, adult themes, and scenes containing sensuality that may not be appropriate for younger and/or sensitive readers.
Purchase Sever on Amazon 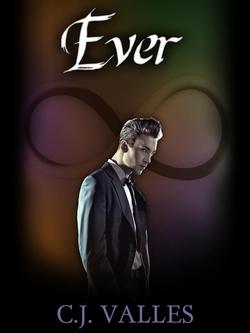 Alternative POV version of For Ever
This is a full-length alternate point-of-view companion to For Ever, the first book in The Ever Series. It covers the same events as For Ever as well as new scenes. To avoid spoilers, this title should be read after Books 1 through 3 of the series.

Unlock the truth behind For Ever. … A must-read for fans of The Ever Series.

This one could be the last.

The thought causes a startling thrill to course through me. No more waiting. The war will be that much closer to ending. I will watch the life drain out of her eyes and then never have to wonder again if this world will be taken from us. …

Ever Casey has one unavoidable obligation. To find her. The last human with powers like his. Wren Sullivan. A girl who can see into other people’s minds. A girl who has the power to end an infinite war for this world.

Then everything changes the moment he sees her. Ever begins to feel emotions he shouldn’t. Dangerous emotions that threaten all he and his compatriots have fought for.

When Wren begins to question his true nature and intent, Ever finds himself caught between duty and an unyielding pull toward her. Will he remain steadfast to the cause he has struggled for his entire existence, or will he surrender to the hope for a future he never could have anticipated?

This title contains some profanity, violence, and mild sensuality.
Purchase Ever on Amazon